ABOUT THE FOUNDER OF THE FIRM,  MOSHE ALONI ,ADVOCATE

the office of a changing world

ABOUT THE FOUNDER OF THE FIRM,  MOSHE ALONI ,ADVOCATE

Moshe Aloni was born in Sofia, Bulgaria. The family made Aliya to Israel in 1951.

Mr. Aloni graduated from the Faculty of Law at the Hebrew University. Upon graduation he completed his practical studies at the Law Firm of Ram Solomon, former CEO  of the Ministry of the Police (at present Ministry of Public Security).

In the beginning, the Firm handled various areas of the law. Later it specialized in various aspects of criminal law (criminal claims, military courts, traffic violations law, criminal claims brought before the labor court, petitions to the High Court of Justice, etc.).

Mr. Aloni was member of the disciplinary committee of the Sports Association at the time it was regulated by lawyers. He also was a lecturer at the Law School of the Haifa University Faculty of Law.

Mr. Moshe Aloni has specialized in laws related to investments in Bulgaria since 1998.

He also handles general cases, civil as well as criminal, in cooperation with local attorneys that are linked to the Firm.

Moshe Aloni personally handles every case brought to him, with the assistance of his staff.

Concurrent with his professional activity Moshe Aloni was also a journalist in the famous weekly “HaOlam Haze,” in “BaMahane”, and for a year in the Northern Command. He had close ties with Brigadier General Yitzhak Rabin (at the time), who later became Israel`s Prime Minister. 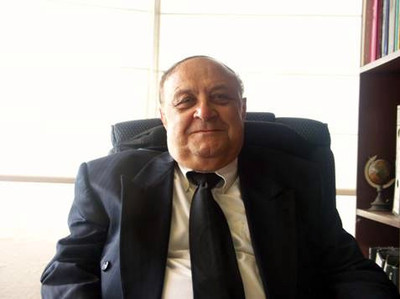